“Mirror Tuning” is a tuning for six string guitar invented by Bernard ‘Senchant’ Birgenheier. It is a system of tuning the guitar in 5ths, while retaining fundamental shapes every guitar player knows, simply upside down!! Instead of the traditional tuning in 4ths, with a Major 3rd between the 2nd and 3rd strings, Senchant has effectively reversed this by using 5ths and Augmenting the 5th between strings 4 and 5… (the traditional guitars 3rd reversed, which maintains the ability to bar in one position and allows for common shapes to be used!) Perfect 5th tuning does not allow a player to bar chords because the octave is displaced. Senchant’s perspective is very simple, “When you have an instrument with more strings than you have fingers, it closes the door on the ability to grab multiple notes, as guitarists typically do when playing chords, strumming or finger picking. Not being able to bar completely defeats the purpose of having more strings than fingers.” This new tuning opens the guitar up in an inventive and totally new way! Any proficient guitarist can readily adopt this tuning as it utilizes the most basic shapes, simply upside down. This not only offers the range of a traditional 6 string guitar, but the addition of one more octave in a single position! Traditional tuning offers 2 octaves in one position. Mirror Tuning offers 3 octaves in one position.

Any 6 string guitar can now have a bigger range than an 8 string guitar or Chapman Stick!!! …and you want those big fat necks for what exactly!??

Here is how it works: 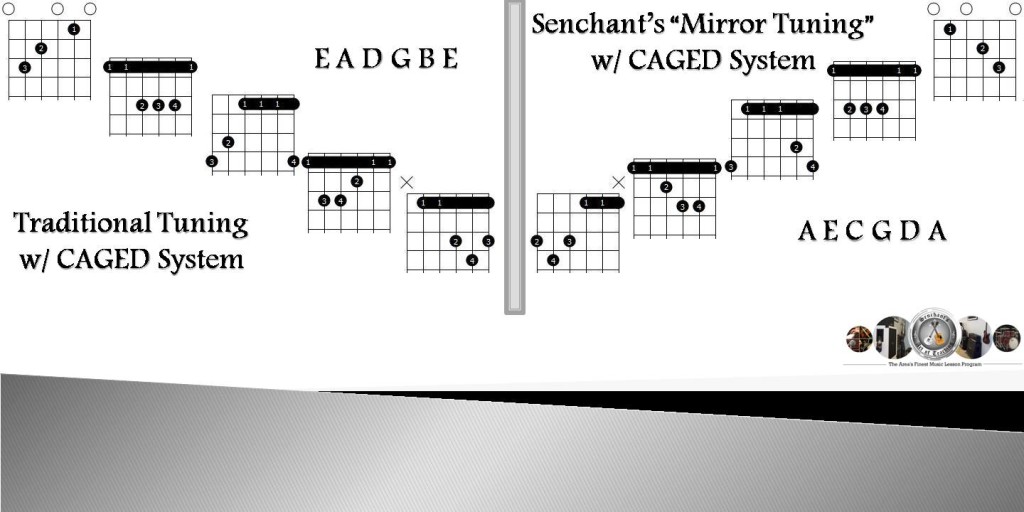 Please contact us for a set of custom strings and how to easily gain one more octave in one position on any guitar!!! 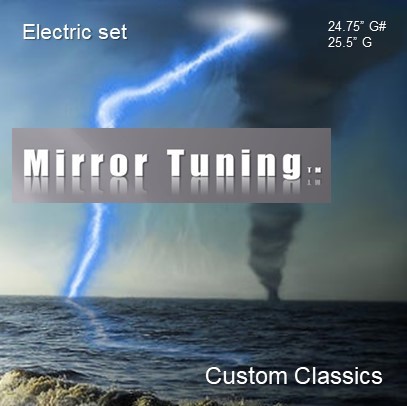 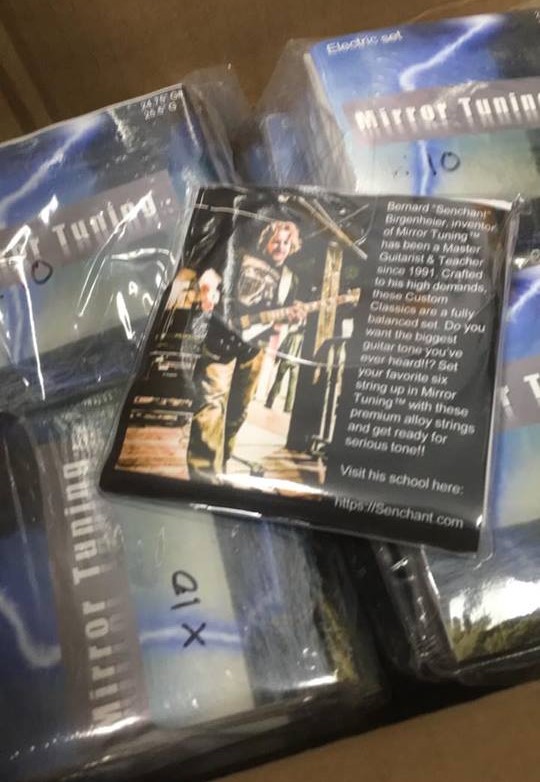